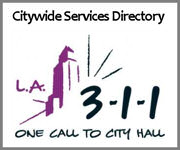 RIP is a program developed by the City and sworn labor unions to allow sworn employees who are retiring or entering DROP to include deferred salary increases as part of their pension benefit calculation or to apply toward their accrued leave (sick/vacation/overtime) payout at the time of retirement. Specifically, the RIP is treated like a pensionable bonus equivalent to the base wage increase that Los Angeles Fire Department Chief Officers Association (MOU 22), United Firefighters of Los Angeles City (MOU 23), the Los Angeles Police Protective League (MOU 24), and The Los Angeles Police Command Officers Association (MOU 25) agreed to defer for a period of time as previously scheduled. The RIP makes employees whole for the deferred base wage increase for those who are retiring or entering DROP during the deferral period.