June 2017 – MOU 22 was approved today June 27 by the Los Angeles City Council. It will be transmitted to the CAO for final salary schedule and effective July 9, 2017. You should receive your retro check sometime in August 2017.

June 2017 – Catastrophic Leave – The COA and UFLAC have jointly finalized the benefit that allows LAFD members to donate their banked VC, TS and other time into a bank so that members who have suffered a catastrophic tragedy can request paid leave when they run out of their own time.

June 2017 – COA sent a letter to the Los Angeles Fire and Police Pension Board opposing the elimination of LAFRA and other current medical plans for retirees. COA was successful in stopping this proposal and the LAFPP will now form a work group to address the issue.

June 2017 – COA met with UFLAC and Dr. Steven Froehlich the newly appointed UFLAC Psychologist. Dr. Froehlich has over 20 years of experience working with firefighters, first responders, and police officers. It was a great meet and greet and we look forward to working with Steve.

July 2017 – The Los Angeles Fire and Police Pension Board is going to vote on a motion  July 6, 2017, to increase the retired sworn non-medicare health subsidy to 7% which is more realistic given the current cost of medical care.

July 2017 – In an unforeseen last minute change of decision from the Mayoral appointed pension commissioners – the LAFPP Pension Board  voted 5 to 4 to adopt a 6% increase to the retired sworn non-medicare health subsidy, which is below the standard of inflation of medical costs. The COA will be monitoring closely this disappointing decision by the Mayor’s appointed commissioners. We are proud of the 4 elected Fire and Police Commissioners who took a stance to protect our benefits.

August 2017 – Medical subsidy payments did not take effect on the August 2nd paycheck as originally planned. The controller will include the subsidy on the August 30th pay check. Depending on which medical plan you have (UFLAC, LAFRA etc) the retro check will be issued from UFLAC for those members and the City for LAFRA and other plans.

August 2017 – COA Executive Board Meeting – see COA Archives for minutes and motions. There has also been a fair amount of interest from our retirees for business cards – please click the link Business Cards for more info. Or navigate to the Retirement Information menu on the Home page.

August 2017 – Battalion Chief Jaime Moore competing in the 2017 World Police and Fire Games  – Firefighter Combat Challenge. Making COA proud as one of our Directors. See the full video on Instagram 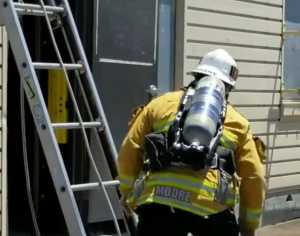 August 2017 – COA VP Patrick Butler attended the LAFPP Ad Hoc Committee on Retiree Medical. The first meeting was well attended and we will keep the membership updated. As of now there are no changes to your current medical plan.